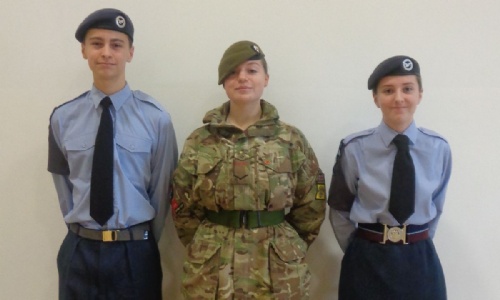 In support of Remembrance Day,  three Highfield School students have spoken in assemblies all week about The Poppy Appeal, how the money raised supports the Armed Forces community, the British and Commonwealth veterans, the Allies that fought alongside them and the civilian servicemen and women involved in the two World Wars and later conflicts.

The students have also being talking about their work as Army and Air Cadets and sharing how people can get involved.

The students have been raising money at school by selling poppies.

At the going down of the sun and in the morning. We will remember them.

Also in this Section